Elegant but relatively useless noise
Published on January 4, 2020 under the tag haskell

At some point during ICFP2019 in Berlin, I came across a completely unrelated old paper by S. Lovejoy and B. B. Mandelbrot called “Fractal properties of rain, and a fractal model”.

While the model in the paper is primarily meant to model rainfall; the authors explain that it can also be used for rainclouds, since these two phenomena are naturally similarly-shaped. This means it can be used to generate pretty pictures! 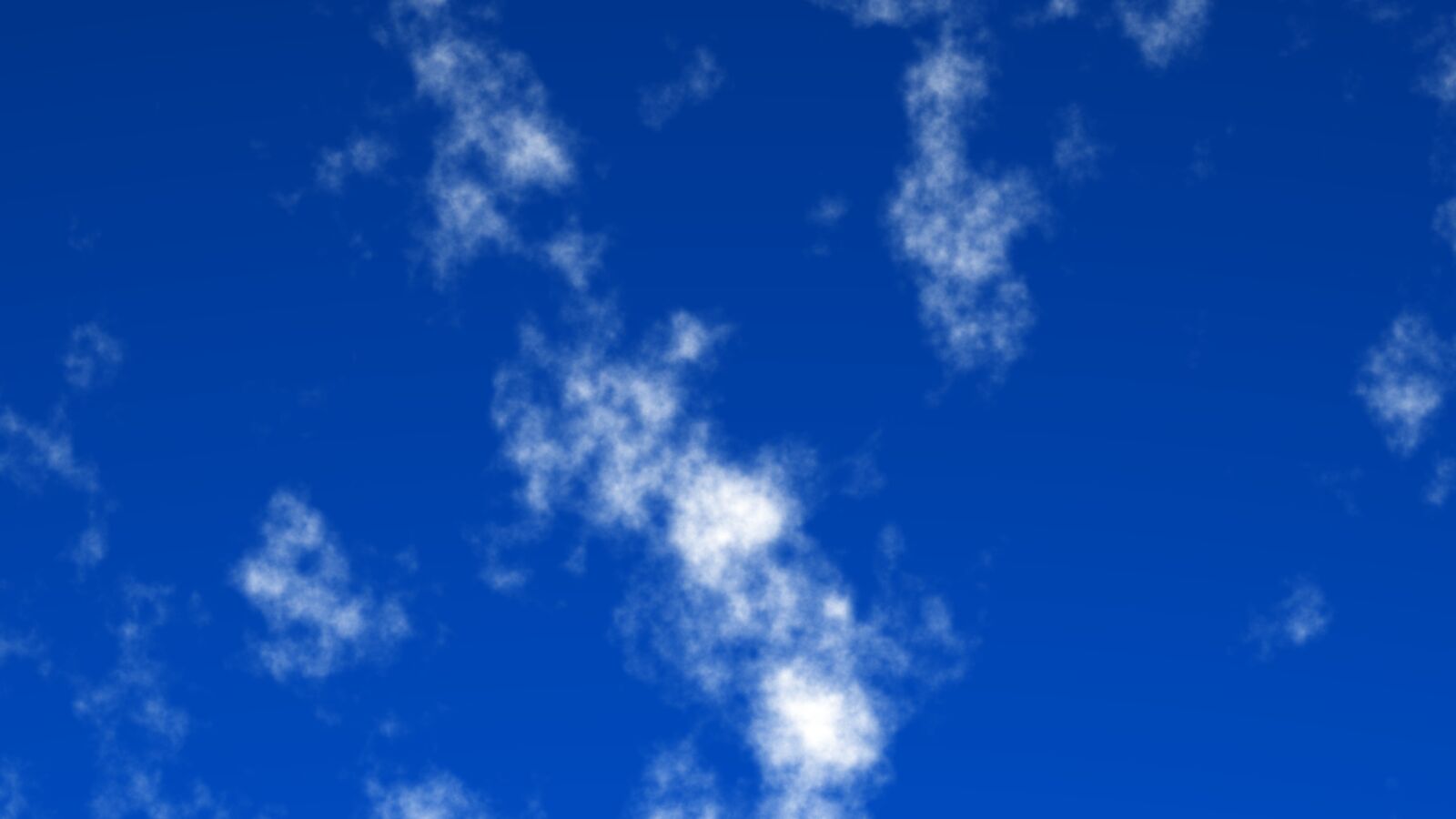 While it looked cool at first, it turned out to be an extremely pointless and outdated way to generate pictures like this. But I wanted to write it up anyway since it is important to document failure as well as success: if you’ve found this blogpost searching for an implementation of this paper; well, you have found it, but it probably won’t help you. Here is the GitHub repository.

I found this paper very intriguing because it promises a fractal model with a number of very attractive features:

Most excitingly, it’s possible to do a dimension-generic implementation! The code has examples in 2D as well as 3D (xy, time), but can be used without modifications for 4D (xyz, time) and beyond. Haskell’s type system allows capturing the dimension in a type parameter so we don’t need to sacrifice any type safety in the process.

For example, here the dimension-generic distance function I used with massiv:

Here is a 3D version:

However, there must be a catch, right? If it has all these amazing properties, why is nobody using it? I didn’t see any existing implementations; and even though I had a very strong suspicion as to why that was the case, I set out to implement it during Munihac 2019.

As I was working on it, the answer quickly became apparent – the algorithm is so slow that its speed cannot even be considered a trade-off, its slowness really cancels out all advantages and then some! BitCoin may even be a better use of compute resources. The 30 second video clip I embedded earlier took 8 hours to render on a 16-core machine.

This was a bit of a bummer on two fronts: the second one being that I wanted to use this as a vehicle to learn some GPU programming; and it turned out to be a bad fit for GPU programming as well.

At a very high-level, the algorithm repeats the following steps many, many times:

This sounds great for GPU programming; we could generate a large number of images and then just sum them together. However, the probability distribution from step 2 is problematic. Small (≤3x3) shapes are so common that it seems faster use a CPU (or, you know, 16 CPUs) and just draw that specific region onto a single image.

The paper proposes 3 shapes (which it calls “pulses”). It starts out with just drawing plain opaque circles with a hard edge. This causes some interesting but generally bad-looking edges:

It then switches to using circles with smoothed edges; which looks much better, we’re getting properly puffy clouds here:

Finally, the paper discusses drawing smoothed-out annuli, which dramatically changes the shapes of the clouds:

Thanks to Alexey for massiv and a massive list of suggestions on my implementation!